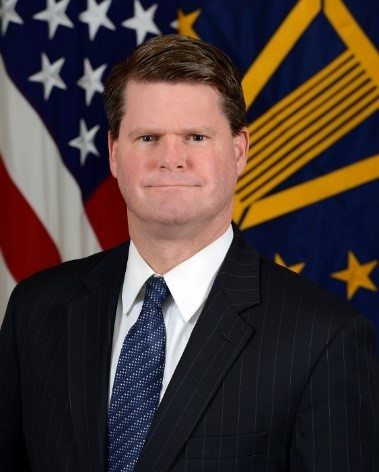 Mr. Randall Schriver is the Chairman of the Board of the Project 2049 Institute and a partner at Pacific Solutions LLC. He is also a lecturer for Stanford University’s “Stanford-in-Washington” program, is on the Board of Advisors to the Sasakawa Peace Foundation USA, and Board of Directors of the US-Taiwan Business Council.

Prior to his senate confirmation, Mr. Schriver was one of five founding partners of Armitage International LLC, a consulting firm that specializes in international business development and strategies. He was also CEO and President of the Project 2049 Institute, a non-profit research organization dedicated to the study of security trend lines in Asia.  He was also an adjunct lecturer for Stanford University’s “Stanford-in-Washington” program where he taught a quarter long course on U.S. foreign policy every fall and spring for fourteen years.

Previously, Mr. Schriver served as Deputy Assistant Secretary of State for East Asian and Pacific Affairs. He was responsible for China, Taiwan, Mongolia, Hong Kong, Australia, New Zealand, and the Pacific Islands. From 2001 to 2003, he served as Chief of Staff and Senior Advisor to the Deputy Secretary of State. From 1994 to 1998, he worked in the Office of the Secretary of Defense, including as the senior official responsible for U.S. bilateral relations with the People's Liberation Army and the bilateral security and military relationships with Taiwan.

Prior to his civilian service, he served as an active duty Navy Intelligence Officer from 1989 to 1991, including a deployment in support of Operation Desert Shield/Desert Storm. After active duty, he served in the Navy Reserves for nine years, including as Special Assistant to the Chairman of the Joint Chiefs of Staff and an attaché at U.S. Embassies Beijing and Ulaanbaatar.

Mr. Schriver hails from Oregon, received a Bachelor of Arts degree in history from Williams College and a Master of Arts degree from Harvard University. He has won numerous military and civilian awards from the U.S. government and was recently presented with the Department of Defense Medal for Distinguished Public Service (highest civilian award). While at the State Department he was presented with the Order of the Propitious Clouds by the President of Taiwan for service promoting U.S.-Taiwan relations. He is married to Jordan Schriver, and is father to Lucas, Rory, Brody and Mae.